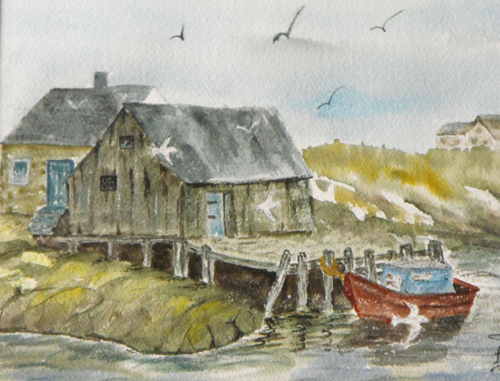 Considering the fact that she lives in a land locked province far from water, Anna likes to use marine and maritime settings and objects as the source for many of her paintings, including a series on tall ships which she saw in Toronto years ago when she still resided in southern Ontario.

“There was not a soul around, but there were birds singing and flying around. It was if they were saying, “Aren’t you going to bring me some food?’

“The people who live in such places are so different. They’re so glad to see you, so welcoming. A couple of people were walking past here and they asked me if I wanted to take a picture. ‘No,’ I replied, ‘Because God-willing I am going to paint it.’